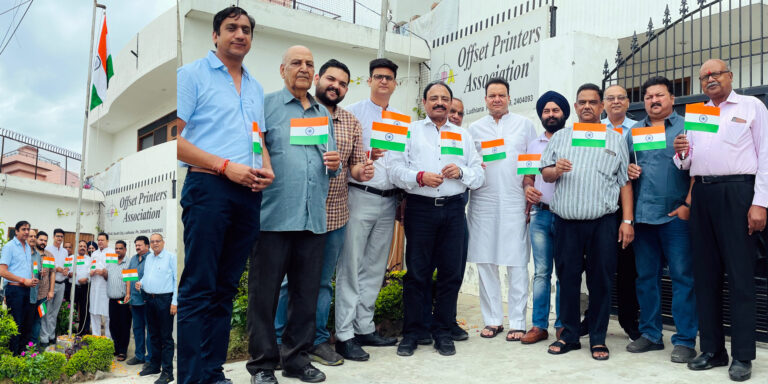 It is the time to remember our heroes who were instrumental for the independence of our nation, says Prof.Kamal Chopra.

Offset Printers’ Association (OPA) celebrated the Azadi Ka Amrit Mahotsav (75th Independence Day) at its office at South City, Ludhiana. National flag was unfurled by Mr. Parveen Aggarwal, President of OPA and after reciting national anthem sweets were distributed. Speaking on the occasion Prof. Kamal Chopra, General Secretary OPA said, “Bharat ki Azadi Ka Amrit Mahotsav is an initiative of the Government of India to commemorate 75 glorious years of progressive India and its rich history, diverse population, magnificent culture and great achievements. It is the time to remember our heroes who were instrumental for the independence of our nation. It is the time to pay homage to all known and unknown stalwarts who sacrificed their life so that we can live peacefully in an independent country. It is therefore to celebrate the national days is the prime objective of OPA, Mr. Chopra added.

Click image below to read the LATEST ISSUE of PRESSIdeas online 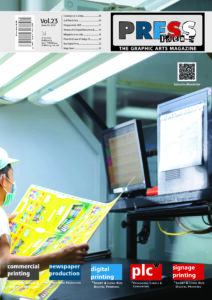