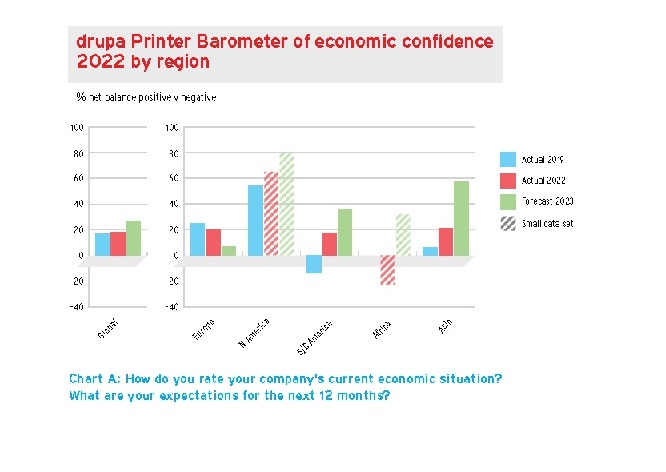 The results from the survey show an industry that is on average across the globe a little more confident for the future than when last surveyed in 2019, before the pandemic. The Packaging market is strongest, but Commercial, Publishing and Functional markets all show signs of recovery in 2023. Regionally, confidence levels vary e.g. Asia and South America expect better trading in 2023 while Europe is downbeat given the Russia/Ukraine war and its consequences. 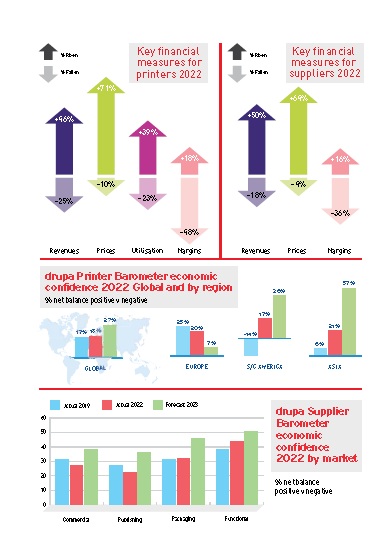 Investment fell inevitably during the last two years, but printers and suppliers both reported strong plans for capital expenditure. Sabine Geldermann, Director Print Technologies at Messe Düsseldorf, commented: “Printers and Suppliers know they must innovate to succeed in the longer term. The shocks of the last two years pegged back investment, but the survey indicates that the industry expects recovery to start in 2023. All regions and markets forecast higher investment in the coming year.”

The findings come from the 8th Global Trends online survey, when over 500 senior decision makers on the part of print service providers and machine manufacturers/suppliers worldwide completed an extended survey in spring 2022. The survey was conducted by the commissioned partners Printfuture (UK) and Wissler & Partner (Switzerland) on behalf of drupa.

Confidence depends on market and region

Globally 18% more printers described their company’s economic condition as ‘good’ compared with those that reported it as ‘poor’. For suppliers the net positive balance was even stronger at 32%. As always, confidence varies between regions and markets. The Packaging market is thriving with Publishing and Commercial facing structural changes from digitisation but with signs of confidence returning.  Regionally the picture is mixed with Europe clearly concerned about the consequences of the Russia/Ukraine war but others e.g., Asia and South/Central America, expect trade to pick up further in 2023 as economic momentum builds post pandemic. 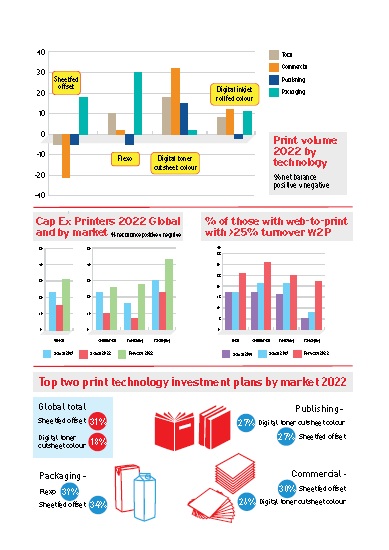 While there was virtually no increase in the proportion of turnover won by Web-to-Print installations between 2014 and 2019, over the last two years the proportion won by that means has shot up for those with such installations. Globally, since 2019 there has been an increase from 17% of turnover to 26% and this major increase is reflected to varying degrees across all markets.

Socio-economic pressures are having a major impact across the globe, although they vary in influence between regions. For example, 62% of printers in Asia chose Pandemics as the biggest threat, while in Europe this was chosen by 51%. And while 32% of European printers chose Physical wars, this was chosen by only 6% of those in South/Central America. Instead, 58% of them chose the threat of economic recession. Richard Gray, Operations Director at Printfuture, stated: “Socio-economic pressures are increasingly important to printers and suppliers alike, so much so that 59% thought these were now either as important or more important than print market pressures.”

The global economic market has experienced more shocks in the last two years than at any time since the Second World War. Yet this survey shows that print is still a central means of communication in all markets and regions and that while there are challenging times ahead, the industry has both the confidence and the determination to succeed. Wise strategic investment will ensure that printers and their suppliers will thrive. 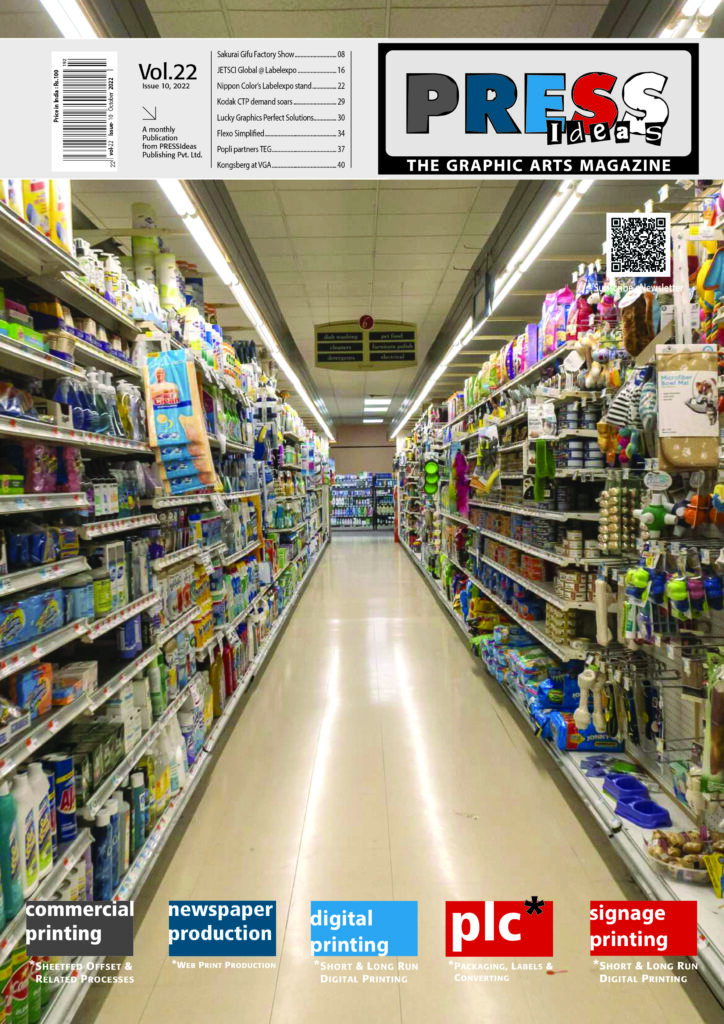 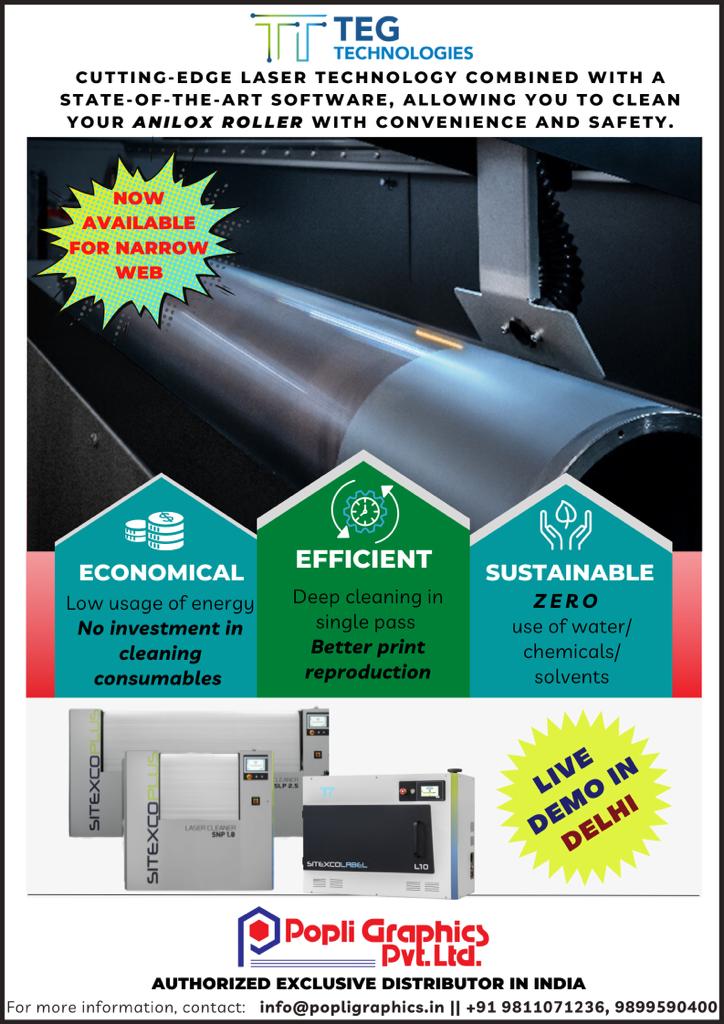