By AdminAugust 4, 2015No Comments2 Mins Read 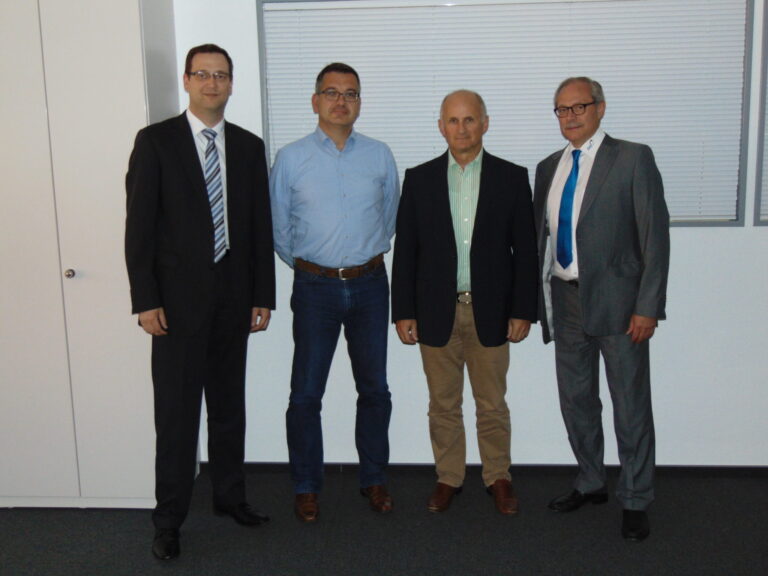 German publisher E. Holterdorf has ordered a comprehensive retrofit for the control and automation systems of its newspaper web press, which will also be enhanced with technology from Q.I. Press Controls

EAE has enjoyed a long business relationship going back to the eighties with E. Holterdorf, a publisher in North-West Germany. This newspaper and media company, which resides in the small town of Oelde and prints the regional daily called Die Glocke, chose EAE Engineering Automation Electronics GmbH of Ahrensburg to carry out a comprehensive retrofit on its newspaper press. The press in question is a KBA Colora with two four-high towers, three reelstands and one folder which was commissioned in 1996. Since its installation the newspaper press has been equipped EAE control consoles and technology. In addition, since 2009, production planning and pre-settings on the newspaper web press have been managed by an EAE PRINT system.

EAE will modernise not only the control consoles but also the planning and logging systems and the complete web press control. The drive controls for the towers, reelstands and infeeds are another important item on the retrofit project agenda, along with equipping the press with Q.I. Press Controls’ (QIPC) IDS-3D system for colour control, colour register, fan-out and dampening control as well as mRC-3D for cut-off register control.

The aim of the retrofit project is to ensure the continued reliability of the newspaper press throughout the next decade. The retrofit measures and the press control upgrade will take place as part of a major investment programme, which will also include the replacement of E. Holterdorf’s entire mailroom technology. The press control retrofit is planned to be carried out this year and the whole project should complete in the first half of 2016.

“We’re delighted that E. Holterdorf is placing its trust in us with this large order”, says EAE Managing Director Werner Ringel. “Aside from the actual retrofit, the upgrade with QIPC’s automatic control systems will enable our customer to cut costs and improve product quality. That’s further evidence of the acceptance the alliance of EAE and Q.I. Press Controls is rapidly gaining in the market.”